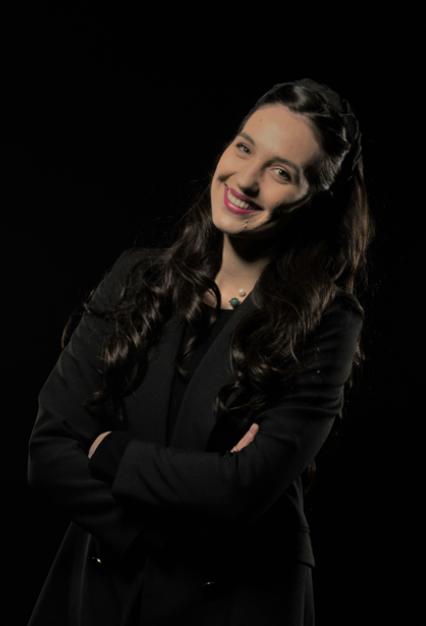 Graduated from the Faculty of Dramatic Arts in Cetinje, in the class of prof. Branislav Mićunović and Branko Ilić.

In the Royal Theatre “Zetski dom” she acted in one of the most performed plays “God of Carnage”, directed by Siniša Evtimov, she also played in the projects: “Why do we stay in the province”, directed by Blagoj Micevski, “False Memories”, by Spanish troupe Fura dels Baus, “Sexual Perversity in Chicago”, directed by Zoran Rakočević and “Beneath the Two Suns”, directed by Boris Liješević. The next project of our Theatre in which she will participate is the play “Groupie”, directed by Ana Vukotić.

She also performed the following roles in other theatres: “Tre Sorelle”, “The Little Pirate”, “Beauty and the Beast”, “Bokeški D-moll”, “The Proposal and the Bear”.

She participated in a multi-day masterclass on Commedia del Arte, organised by “Scuola Sperimentale dell Attore”, Pordenone, Republic of Italy, as well as a two-year project of recording textbooks for visually impaired children, which was implemented by UNICEF.