“Zetski dom”: Eventful repertoire for the end of the year

On December 6th and 7th, the audience expects a performance of the play “Tobelia, Mimicry”, directed by Mirjana Medojević, based on the text “Tobelia” by the Montenegrin playwright Ljubomir Đurković (7pm).

By performing this play, the Royal Theatre “Zetski dom” once again shows honor and respect to our colleague, friend and authentic creator Ljubomir Đurković, who died yesterday in Podgorica. The existence of the writer Ljubomir Đurković on the stage is certain, which confirms his duration and sharp pen. 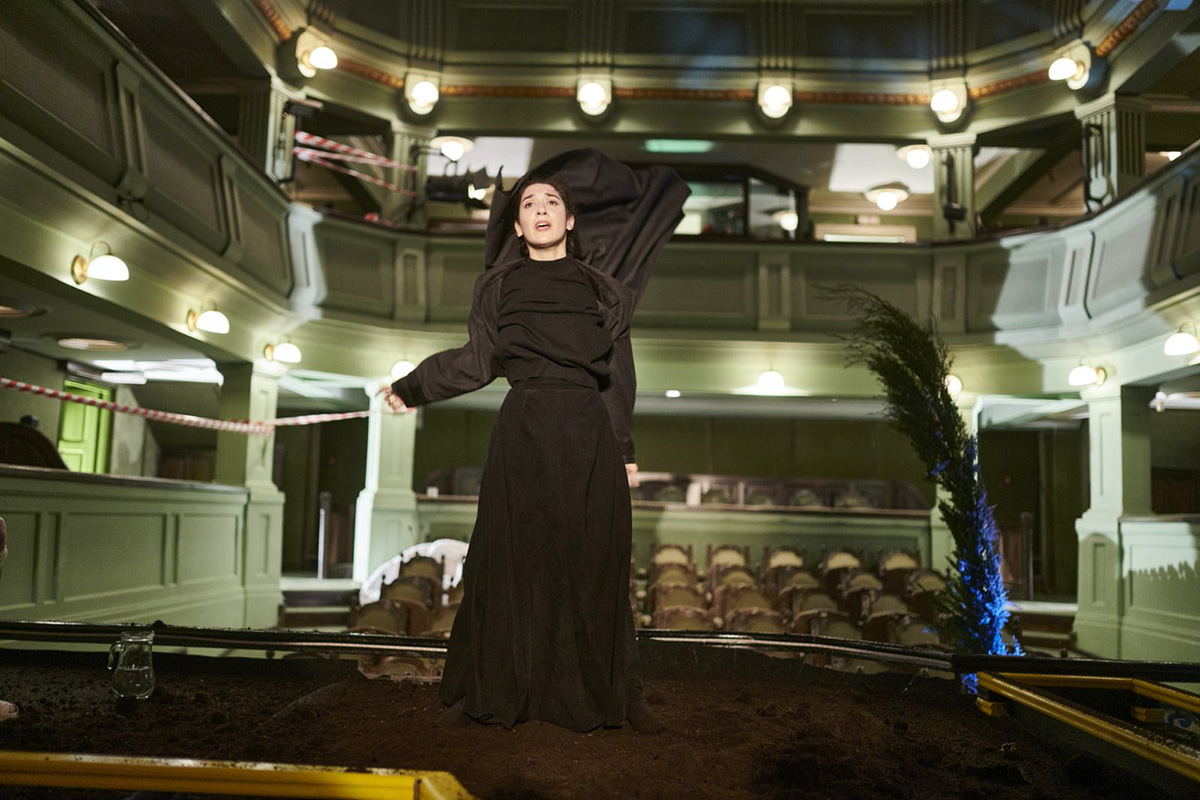 The programme will continue on December 9th with a concert by the Chamber Ensemble of Montenegrin Symphony Orchestra, which will be homage to Borislav Boro Tamindžić, one of the most important Montenegrin composers and his work and creativity. This repertoire activity is realized in cooperation with Montenegrin Music Center (8 pm).

On December 12th, the audience of the Royal Theatre “Zetski dom” will watch “Anna Karenina”, the play directed by Mirko Radonjić based on the novel by L.N. Tolstoy, co-produced by our theatre and Drama studio “Prazan prostor” Podgorica. The play won several awards at the recently held MESS festival in Sarajevo (7 pm).

After that, on December 15th, the play “The Memories of Sarah Bernhardt” will be performed on our stage. The play is co-produced by the Herceg Novi Theatre and Herceg Fest, based on the text by John Murrell, adapted and directed by Staša Koprivica (8 pm).

“Beneath the two Suns”, the play based on the novel by Ognjen Spahić, dramatization by Stela Mišković and directed by Boris Liješević, will be performed on December 16th (8 pm).

The play “Groupie”, from our latest production, based on the one-act plays of the contemporary Croatian writer Mate Matišić, and directed by Ana Vukotić, will be performed on December 20th (20h).

Then, on December 22nd, there will be a Film Night of director Aleksandar Vujović, one of this year’s laureates of 13th November Award, which is awarded by the Old Royal Capital Cetinje. In addition to the conversation with the creator, his two award-winning short films “Rainbow” and “The last gift” will be shown (8 pm). The programme is realized with the support of the Film Center of Montenegro.

The repertoire will be concluded on December 23rd with a New Year’s concert by pupils of Elementary Music School “Savo Popović” from Cetinje (6 pm).

Tickets for the music and film programmes are free of charge, while for the performances can be purchased at the box office of the Royal Theatre “Zetski dom” on weekdays from 10 am to 1 pm and from 6 pm to 8 pm. Telephone for information is +382 67 428 655. 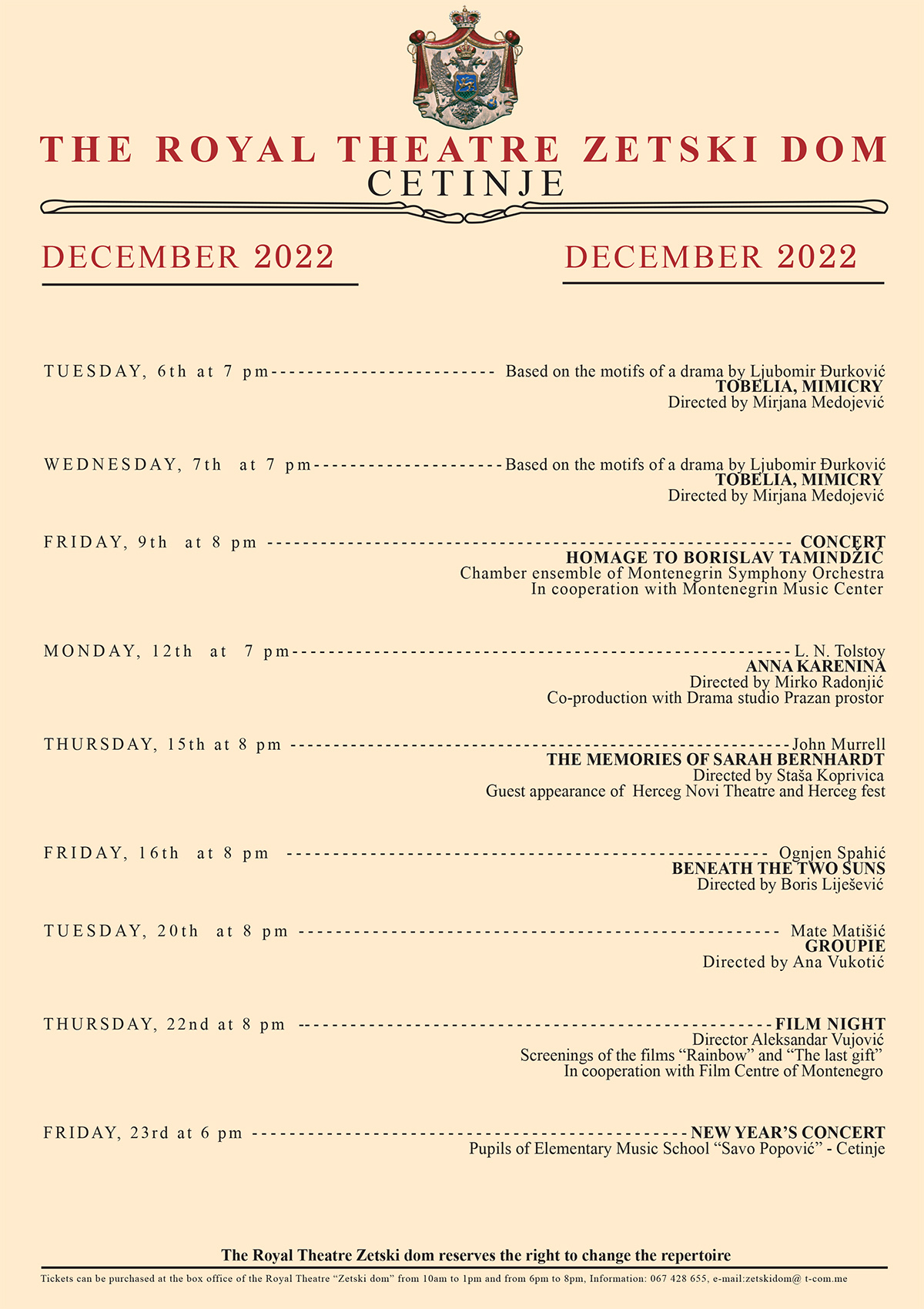 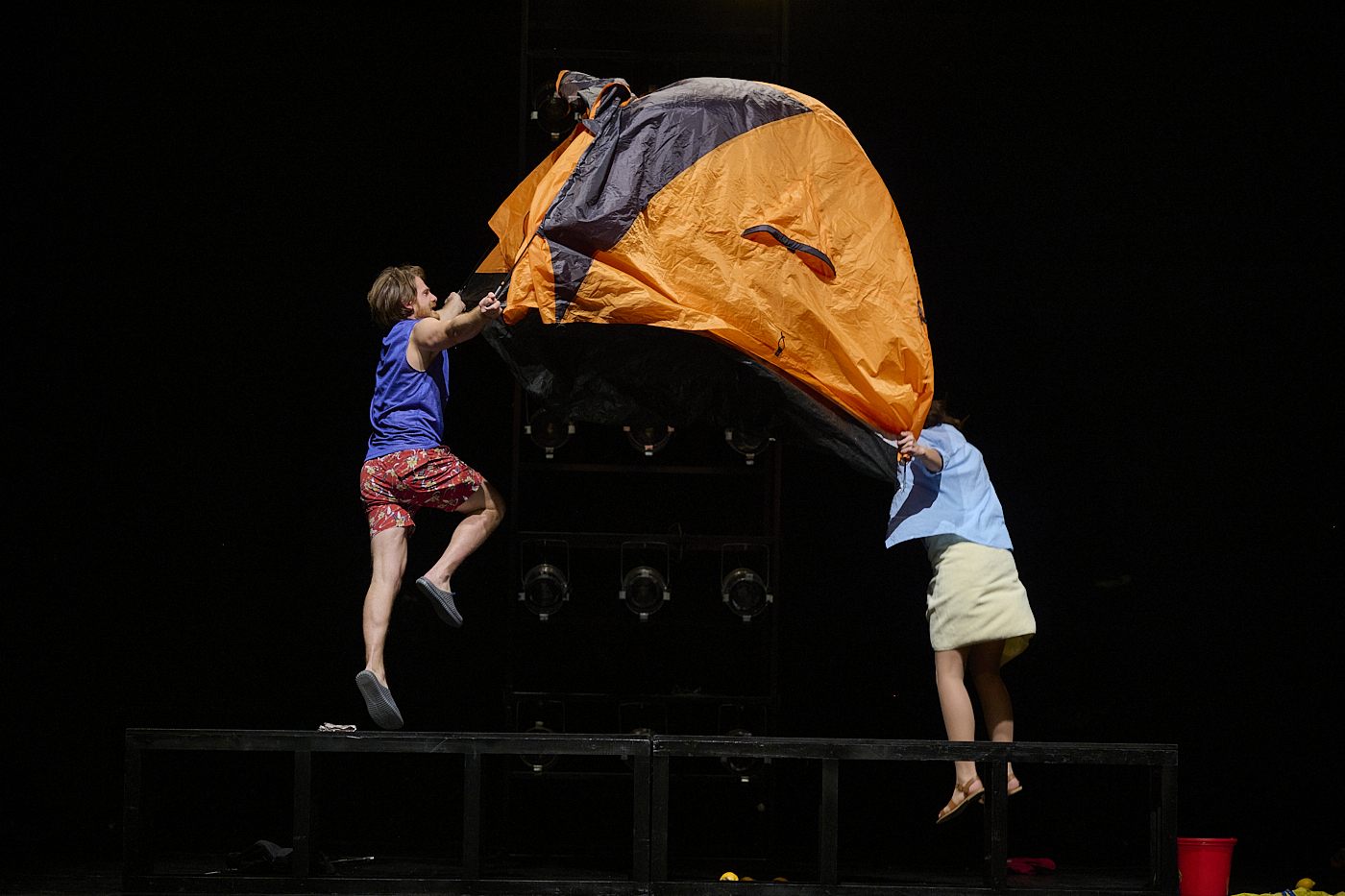